If You’re Like Me, You Have Long Ago Given Up Regular Soda For Diet Soda

If you’re a soda drinker, and I admit that I am, you basically have two choices; regular sugared sodas or diet (sugar free) sodas. In my younger days, back when I was a kid, it was regular sodas all the way. As I got older, my tastes changed.

Now I don’t drink regular soda. It’s diet only for me. Or it was, until a couple of weeks ago.

Up until a couple of weeks ago, my favorite soda drink was Diet Dr. Pepper from the fountain. I liked to fill the cup with about 3/4 diet soda, then top off the last 1/4 with sugared Dr. Pepper. My reasoning was that the sugared soda smoothed out the stronger, sometimes a somewhat “bitter” flavor of the diet drink and gave it just the right sweetness.

Ah, I enjoyed my fountain drinks, and would sometimes drink a couple of 44 oz cups full a day.

I may have been sabotaging myself.  Check out this short video. 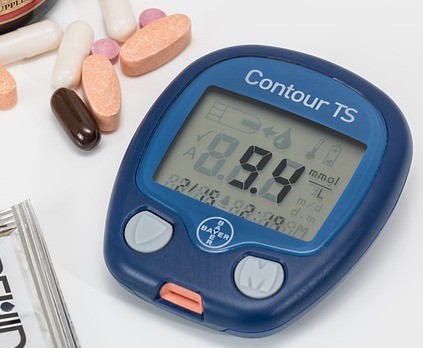 I am a victim of adult onset (Type 2) diabetes. I’ve had the disease for at least 20 years, and control it with meds, including insulin injections. One of the main reasons that I was drinking diet sodas was because the sugar in regular sodas was bad for my diabetes.

Seems logical, doesn’t it? No calories in the drink, so it can’t be bad for diabetics, right?

Well, apparently it is bad for you. In fact, more and more studies are pointing that out. Several studies have determined that drinking sodas sweetened with artificial sweeteners actually INCREASED the risk of contracting Type 2 diabetes!

One study reported that drinking diet sodas increased your chances of contracting Type 2 diabetes by a whopping 67% Well Dang!

And here I thought I was drinking something that wasn’t doing me any harm. It may have contributed to me getting diabetes in the first place!

How About Losing Weight? 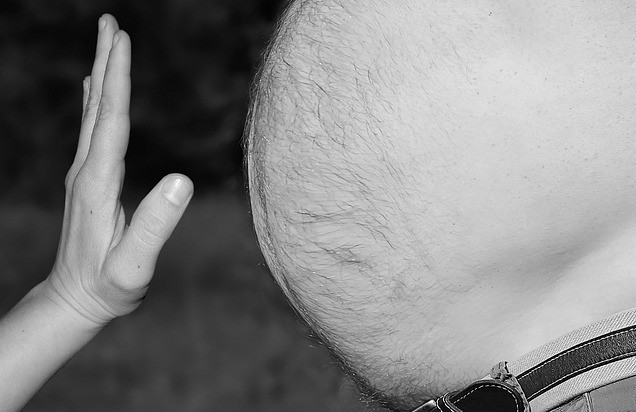 A lot of us switched from sugared to sugar-free soft drinks in order to lose weight. Drinking a can of sugared soda is like eating 12 teaspoons of sugar at a time. Bad for losing weight.

Better to drink sugar-free drinks that are sweetened with artificial sweeteners, right?

Well, according to studies, diet sodas actually make you GAIN weight, not lose it. In a San Antonio Heart Study, researchers used a sample of 3600 men and women during a period of seven to eight years. Researchers found that the risk of obesity and weight gain was “significantly greater” for subjects who drank diet sodas compared to those who did not.

There is an association between diet sodas and excess belly fat and other unhealthy symptoms, including high blood pressure, high triglycerides, and unhealthy blood lipids/fats.

According to popular knowledge, the first sugar-free soft drink came into existence in 1952 and was called No-Cal. It was a sugar-free ginger ale.

That was pretty much it for a while, until diet sodas began to be introduced nationally under the names Royal Crown Cola and Diet Rite cola in 1958.

Diet Dr. Pepper was introduced in 1962

Tab came about in 1963. It was a product of the Coca Cola company. They spelled it TaB.

And, after a few years, Coca Cola executives decided that they needed to develop a sugar-free

version of Coke, and diet Coke came on the scene in 1982. They kept the “d” in diet lower case so as not to detract from the Coke name, so it was diet Coke, not Diet Coke.

In the beginning, diet sodas were sweetened with something called cyclamate, or with Saccharin. I hadn’t heard of cyclamate, so I looked it up. It’s a synthetic acid, and is was banned as a sweetener in 1970. Saccharin was also banned by the FDA seven years later in 1977, and then re-authorized it again in 1991.

I don’t know what changed with Saccharin to get it back on the market about 24 years after it was banned.

When those sweeteners were banned, Aspartame became the go-to sweetener for diet drinks, beginning in 1982.

Studies are mixed on Aspartame. Some show that it isn’t harmful, but still it seems to have a bad rap.

What Else Do Diet Sodas Cause?

The list goes on. There may be a connection between drinking sugar-free sodas and the risk of depression.

Have I scared you yet? Most of this information I learned from a post from a site called Change That Up, Transform Your Life. I subscribed to their emails.

Here’s a little anecdotal evidence About two weeks ago I started a “diabetic cleanse,” where I was limited to only 20 carbohydrates per day. One of the prohibited substances on the list, and the list was long, was diet sodas. I drank only water for the first week, then my wife and I took a trip, and I had a couple of diet sodas on that trip.
I noticed that my weight, which was steadily decreasing while drinking water, stabilized and even went back up by a pound or two after drinking the sodas.

When we returned home, I went back to water only, and my weight began to go down again. This was by no means a scientific study, but I’m convinced that the diet sodas keep me from losing my excess pounds.

Caffeine is addictive, and many diet sodas have caffeine in them. I’ve felt the urge, almost “need” to go to the local convenience store and get a soda. Like I said, I was drinking a couple of extra large fountain drinks a day. I’ve also experienced the “withdrawal headache” that inevitably comes after a couple of days without a diet soda.

So, I think it’s safe to say that caffeinated sodas, including diet sodas, are at least mildly addictive.

I’ve decided to stick with water from now on. I not only have the chance to reverse my diabetes, but I can eliminate all the other possible bad side effects that come with drinking diet sodas.

You make your own choice. You may think that the studies are flawed, and that you haven’t been affected by any of the things I’ve written about. It’s your choice. Most of the problems probably occur with excessive drinking of diet sodas. I’ll leave it up to you to live your own life.

You can, and you can start for free, which is the best way to start. You can get 10 free lessons and 2 free websites by joining Wealthy Affiliate. That’s how I got started blogging, and I haven’t regretted it for one minute.

You can sign up for free by putting your mouse cursor on the banner, and clicking. There’s no risk or obligation, so why not give it a try. You could even decide to use your blog to make money.

Thanks for taking some of your valuable time to read my post. Please feel free to leave me a comment and I’ll be sure to respond.

Is It Time To Make A Change?